The backcountry hiking trail that winds its way along the northern end of the Bruce Peninsula marks the final three days of the more than 800 kilometer long Bruce Trail that winds its way along the Niagara Escarpment from Niagara Falls in the south to Tobermory in the north. While the entire escarpment is worth exploring, those last three days, falling as they do within the borders of Bruce Peninsula National Park, belong on the life-list of anyone in Ontario who considers themselves a hiker.

I made the trip a few summers ago with my then-girlfriend (now-wife), and a good friend and longtime hiking companion. Being a straight-line hike rather than a loop, the transportation logistics of the trip are slightly complicated. If you find yourself as we did, with only one car available, the best option is to contact Thorncrest Outfitters in Tobermory who offer a paid shuttle service to hikers. With the aid of the shuttle we were able to drop our car off in Tobermory and begin our hike at Crane Lake.

For those familiar with backpacking, the hike from Crane Lake to Tobermory is fairly low-key. While the trail itself is beautiful and the scenery world-class (the park is a UNESCO World Heritage Site) the distances involved are relatively tame. The only reason to allow three days for the hike is to make use of the well serviced backcountry campgrounds at High Dump and Stormhaven. The 8 kilometer trek from Crane Lake to High Dump took us a little under three hours with frequent stops along the way to watch frogs, snakes, and birds. Your reward for a thoroughly enjoyable hike is crystal clear water, cobblestone beach, and top notch Parks Canada amenities.

A short day of hiking freed us up to lounge on the beach. We read, played cards, and enjoyed the sound of crashing waves until it was time for bed.

Day Two of the trek to Tobermory presents tougher terrain than the short Crane Lake to High Dump section. The trail to Stormhaven follows what is arguably the most technically demanding stretch of the entire Bruce Trail. Uneven rocks pocketed with eroded potholes make their way up and down innumerable bumps in the trail. The hike to Stormhaven is 10 kilometers long and nearly the entire day is spent along cliff edges overlooking Georgian Bay from a height of several hundred feet. The views are sensational but the trail requires vigilance as a misstep in the wrong direction could lead to a fatal fall.

When we finally made it to Stormhaven we were exhausted. The up and down nature of the trail combined with the final sections over loose stones took their toll on our energy reserves. We spent the night lounging and eating dinner on the large flat stones that litter the beach at Stormhaven. We enjoyed the sunset and views out to Bear’s Rump Island before retiring to our tent to recover.

The final day of our hiking adventure was bitter-sweet. It is always hard to leave a place as beautiful as Bruce Peninsula National Park. It is even harder when the final stretch of hiking is in excess of 20 kilometers long. Fortunately for us, the crown jewel of our hike lay in the first few kilometers of day three and was accessible to the wider world. At a point just beyond Cypress Lake where its waters drain into the larger Lake Huron, a natural feature called The Grotto offers an accessible natural wonder to anyone willing to make the trip.

The Grotto is a large amphitheater-shaped cave that provides a calm water respite from the crashing waves of Georgian Bay and, for the more adventurous, an underwater tunnel where brave swimmers can hold their breath and swim beneath the cave wall before popping up on the outside. Even though it was early July the water was exceptionally cold on the day we arrived at the grotto so we opted for a quick plunge rather than a lengthy swim.

Having seen what we came to see and having slept where we had hoped to sleep, the trip was all but over. We were faced with the decision to either hike the remaining distance to Tobermory or to make friends along the trail up to Cypress Lake and request a lift to our car. We opted for the latter and along the way to Cypress Lake were treated to a sighting of an elusive massasauga rattlesnake. Once back at the road, we stuck out our thumbs and were picked up by a nice family out for a day of sightseeing. They gave us a lift back to our car. 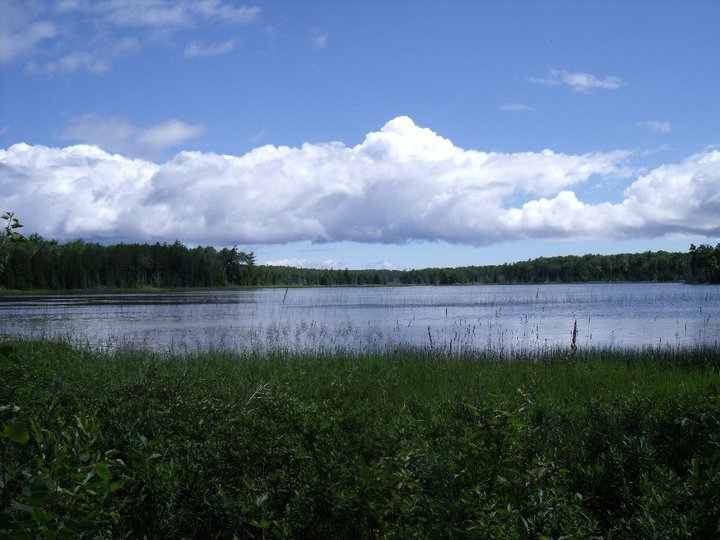 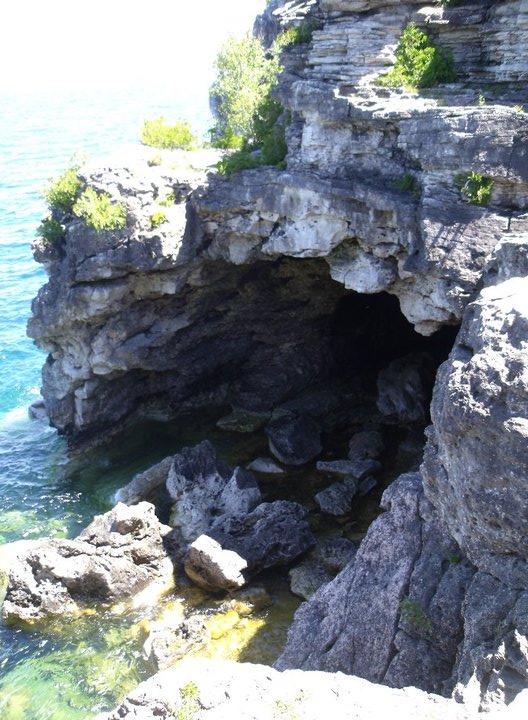 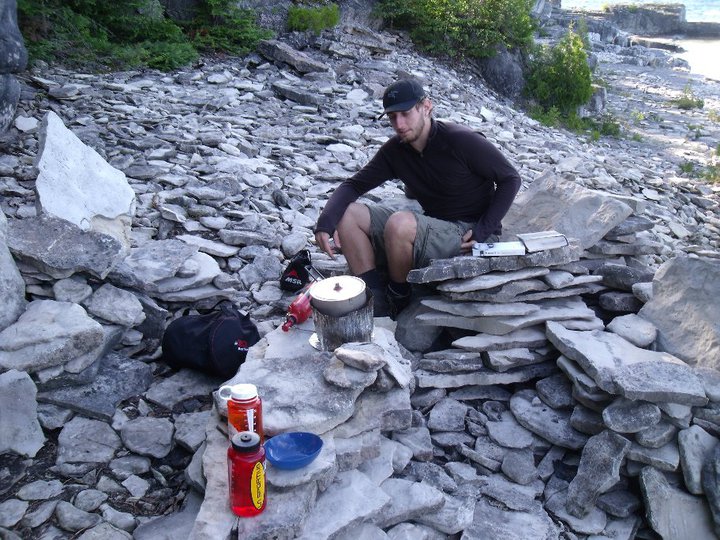 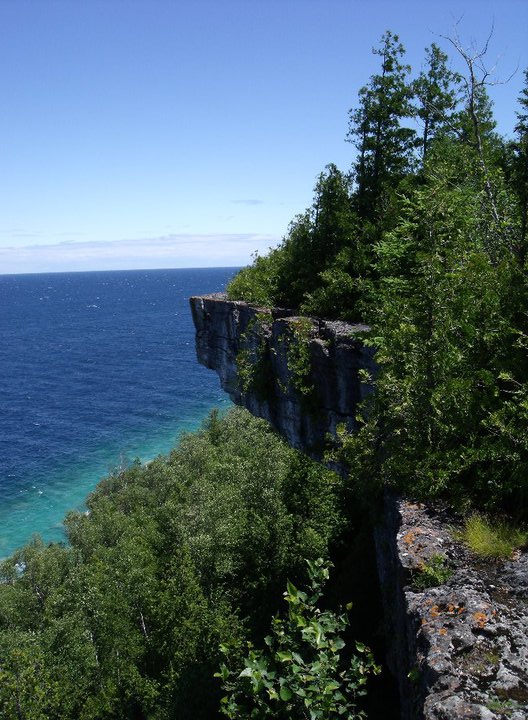 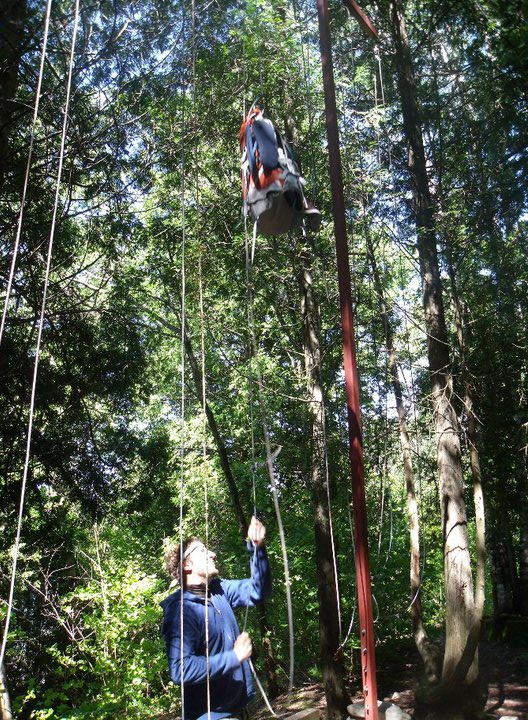 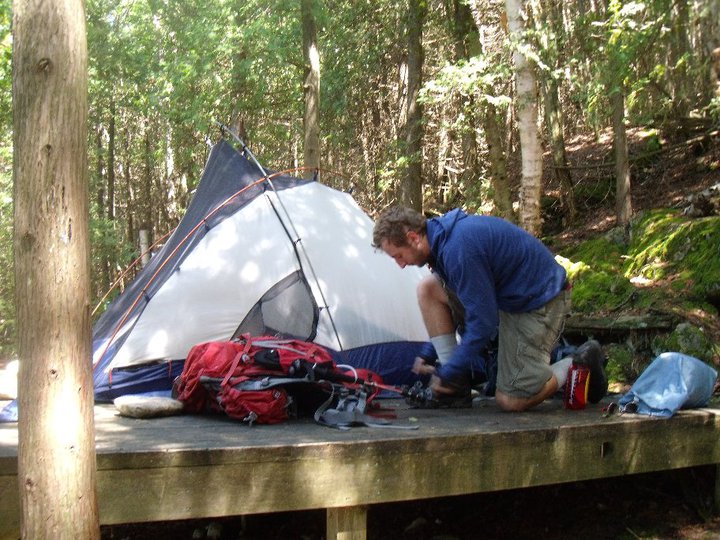 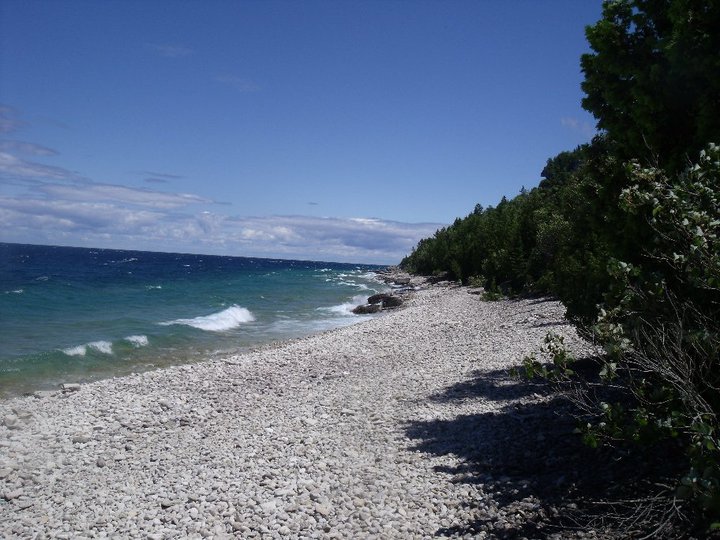 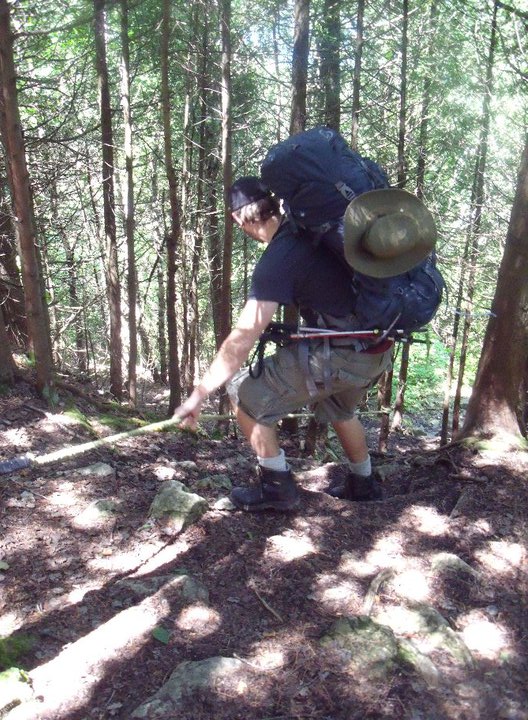 That’s one of the things I love about spending time in National Parks: You can walk for days through isolated backcountry and still never run out of options to revise your trip on the fly. By making nature accessible to the wider population parks not only keep lazy backpackers flush with options, they provide an opportunity for people from all walks of life to commune with nature. Building that relationship is the key to getting people to care about protecting nature. By allowing people access to certain areas of notable beauty, we can encourage them to want to protect other places that few people ever see.